Saving money and the world 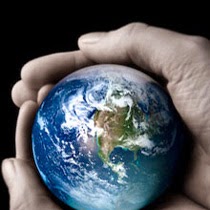 In 1980 I was just 10 years old. I began hearing talk, watching television shows, and documentaries where “experts” gave their opinions as to what life would be like in the near future, with flying cars and mile-high skyscrapers, shuttle buses to mars for entertainment, and how the world would be powered using solar energy, etc. .

On almost all of these shows and documentaries concerning futuristic power, it seemed no matter which way you turned in these imaginary “futures” there seemed a constant: Solar energy.

By 2000 there were certainly advances, but no people being shuttled to Mars for fun, or flying cars, but the use of solar power was being used in many ways, particularly in heating homes and buildings. Although at first, like nearly any new venture is, it was expensive, but even then, in the long run, it saved money.

Today there are many uses for solar energy, but the most widespread use
remains in the residential and commercial fields as a means to save money
on bills and ad equity to the home or business. There are now local
contractors in almost every city, and its growth is staggering, as oil and
electricity are becoming so much more expensive with each passing year.

Who knows what the next 30 years will bring, but one thing that will become
more of a common sight will be solar paneling and solar powered businesses
everywhere you go. Solar power is actually just beginning to take off in
the US in terms of population, but it is exploding now according to
CitiBank (who gives loans for the paneling and other solar powering
projects). There’s almost no way around it, and my guess is by the year
2025, it will more than likely be mandatory to have solar paneling powering
your home (or laws toward that end), because even today it’s clear that oil
is being expended at a much faster rate than we can even find it, and many
sources, as I’m sure you’ve heard, say it’s running out altogether.

Not only would it be a money saving venture for you to add solar energy to
your home or business now, but if you have any concern in stock, now is the
time to buy, for it’s surely going to become the trend of the “West”, and
not for environmentalists, but economic reasons, foremost.