Simple tips when selling your home

After all of the major indoor and outdoor modifications, additions, and upgrades we’ve already explored so far, there still remains the bedrooms and baths, without neglecting the spaces (such as hallways and pantries, etc…), where we can continue to add value, beauty, convenience, and that sometimes all so needed appeal, that has already turned your house into a "home". So let's move on... 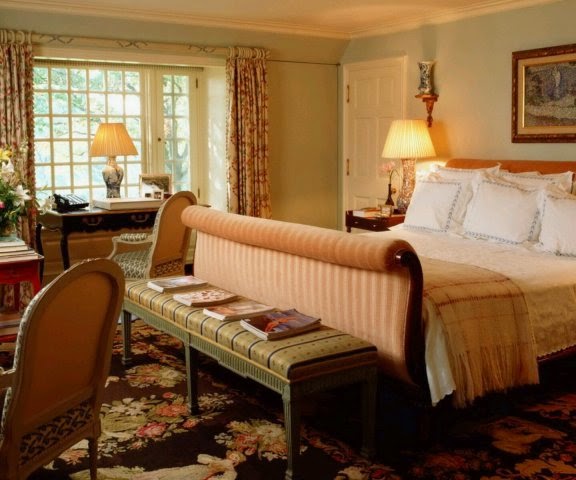 We’ve covered almost every room and space inside the home, and out. Now it’s time to head to the bedrooms - “master” bedroom first. For starters, as with every spot in the house, make sure in is SPOTLESS. Leaving clothes lying around on an unmade bed, for instance, is going to be a major turn off even to the “sloppy” types themselves – they may not mind THEIR mess, but most won’t stand for yours. So clean everything, as nothing is off-limits to potential buyers and they will look everywhere they can get to. So clean under the bed, throw your best comforter, accent pillows and maybe an afghan at the end of the bed to give that warm, welcoming, look – do this with everything in the room, paying particular attention to the closet (which demands an entire post in its own right), and as common sense will hopefully dictate: always have the house in immaculate order when you know you’re going to show it.

OK, aside from those basics; take a good look around and get a feel for the entire room. If there are old light fixtures on the ceiling that don’t do anything more than shine light from a cheap glass plate or something similar, consider installing a ceiling fan with a multiple light fixture design.  A simple replacement such as the lighting in the room can create a huge impact on the entire room’s feel.and appeal. It doesn't have to be expensive. You can pick one up for around 35 dollars if you look for those “bargains” – they’re certainly out there. You may also want to consider adding some track lighting to the ceiling, beef up the windows by either replacing older window blinds with bright new ones, replacing very old windows, or both if needed. Make sure the closets are clean and add some simple space-saving shelves so it doesn't look so cluttered – space is rule one in any closet, people like to have room. So make it as “roomy” as you can, any way you can.

Basically go over all the bedrooms in the same way. Maybe get online and look up decorating and preparing your home for the appraiser. There are millions of ideas for any budget out there, you just need to look, and if you have a little extra money go ahead and call Deatherage Builders and change a small closet to a walk-in, or have the 96” double wide window made into a “dome”; the sky's the limit and the budget doesn't matter as much as you think because we’re changing the things you can, as simple as your budget allows. Creativity and cleanliness are key here, but if you have the extra money then go for it! It will be worth it (in some cases many times worth so) in the end.