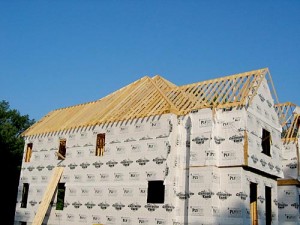 It’s very important to verify any Framing contractor you have working for you. Every industry has some indicators of their level of workmanship, for those who know what to look for.


how long does it take to get a call back? This is important, because this is how long it will take to get hold of the framer when the job is started, and tells you something about the organizational processes, or lack thereof.

Did they catch everything on the bid? Was the bid complete and thorough? Did they spec out the materials they plan on using? Was the truss price a hard number or a guesstimate?

3. The Scope Of Work

What was covered in the scope? Did they spec out inferior materials, such as using ½” instead 5/8″ OSB? Did they spec full shear? A good framer knows that the house is better with full shear. It insulates better, and it keeps the stucco from cracking and splitting. If they did not even suggest it on their bid, they might not be the best quality framing company around.

Most states have a registrar of contractors, and require all companies doing contracting work to be licensed and bonded. In many states, you can check to see if there are any complaints against the contractor’s license. Another important point is to see the date the license was first issued. If the contractor has supposedly been in business 15 years, but his license is a year old, then you need to question why that individual switched licenses, or why he was contracting without a license.

Always plan on checking out a jobsite. There are many things to look for there. How old is the equipment? Do the workers speak English, do they hustle, or do they seem annoyed to be there? Many contractors try to hire minimum wage workers as a strategy for maximizing profits. The result it shoddy workmanship, and it shows in the attitudes of the workers.

Generally speaking, when the Southern Missouri Framing carpenters really know what they are doing and take pride in their work, the job site should be moving extremely fast. When you see workers taking smoke breaks, argue with their foreman, or generally conducting themselves in an unprofessional manner, you can bet this same standard is applied to the workmanship going into the house.